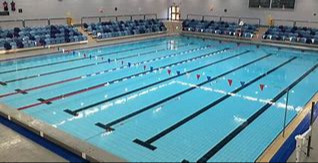 Teamipswich boasts an outstanding team of coaches led by head coach Dave Champion.  The club has seen a host of swimmers represent the club at an international level, including assistant head coach Zoe Cray.

All the coaches who work in the club’s competitive programme were part of the competition groups before deciding to give something back to the club and moving into coaching or teaching within the clubs swim academy. Along with our coaching team and committee we have an invaluable number of Volunteers who help to keep the club running and without them the club would not be where it is today.

Don't forget to shop via the clubs account on easyfundraising. Click on the link to the left and sign up - it is free.  More information under the 'Useful Information' tab above

'TeamIpswich gear swap' - This is a closed group on Facebook and access is only given via the administrators of this group.

Remember to check that all your training kit is still in working order, only replace if you need to, maybe check to see if any of it needs rinsing through

Look out for our club newsletter, these are normally sent quarterly and may include information that you have previously missed. You can subscribe at any point using the link highlighted in the text.

Don't forget to check your spam folders, sometimes after computer updates club emails do end up in here, please save us as a trusted source.